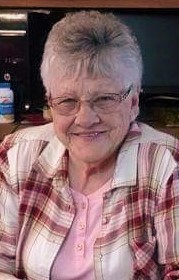 Judith “Judi” Snodgrass, age 74, of Macksburg, Ohio, died Thursday, September 2, 2021, at the home of her brother in Marietta. She was born October 7, 1946, in Neptune, New Jersey, daughter of the late William Alfred and Theodora Serita Hurley Ammann, Jr. Judi sold Kirby Sweepers, and was employed by the former Francis Restaurant in Macksburg. She also worked for H&R Block and Curves, both in Caldwell. She attended Twin Rivers Baptist Church in Marietta. Judi enjoyed gardening and being outdoors. She loved to collect teddy bears and Lee Middleton dolls, and she enjoyed working puzzles and playing games on her Kindle Fire.

Friends may call Saturday, September 11, 2021, from 11 a.m. – 2 p.m. at McVay-Perkins Funeral Home, 416 East Street, Caldwell, where the funeral service will follow visitation at 2 p.m. with Pastor Don Arbuckle officiating. Burial will follow at Dudley Cemetery. Due to current Covid conditions, guests are asked to practice recommended safety guidelines at all gatherings. An online guestbook may be signed at www.mcvay-perkins.com.