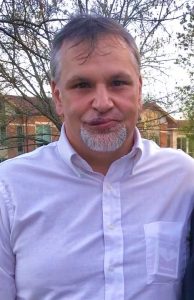 Brent B. Tonnous, age 50, of Caldwell, Ohio, died Thursday, September 2, 2021, at SE Ohio Regional Medical Center in Cambridge. He was born December 1, 1970, in Canton, son of Patty A. Archer Tonnous of Caldwell and the late Richard J. Tonnous, Sr. Brent was a 1989 graduate of Caldwell High School. He worked as a painter most of his life and he also did pipeline work. He enjoyed coin collecting, was a lottery enthusiast, and he was a Cleveland Browns football fan. He was devoted to his grandchildren, who fondly called him Papaw.

In addition to his father, he is preceded in death by two sisters, Yvonne E. Tonnous, who died in 2008, and Ursula Ann Hughey, who died in 2016; and his grandparents, Moses and Glenna Tonnous and Bernard and Betty Archer.

Surviving in addition to his mother are his children, Mercedes J. Tonnous and Kristen L. (Matthew) Tewksbury, both of Zanesville; his grandchildren, Thea Lardie and Ember Tewksbury; his fiancé, Melissa A. Ludwig of Caldwell; one brother, Richard J. (Mona) Tonnous, Jr. of Dexter City; his step-mother, Teri Tonnous Homesworth; several aunts, uncles, nieces, nephews, and cousins; and his beloved pug, Millie.

Friends may call Tuesday, September 7, 2021, from 10 a.m. – 1 p.m. at McVay-Perkins Funeral Home, 416 East Street, Caldwell, where the funeral service will follow visitation at 1p.m. with Rev. Fr. Wayne Morris officiating. Burial will follow at Mt. Olivet Cemetery. Due to current Covid conditions, guests are asked to practice recommended safety guidelines at all gatherings. Memorial contributions may be made to McVay-Perkins Funeral Home to assist the family with final expenses by visiting Brent’s memorial page at www.mcvay-perkins.com, where an online guestbook may also be signed.