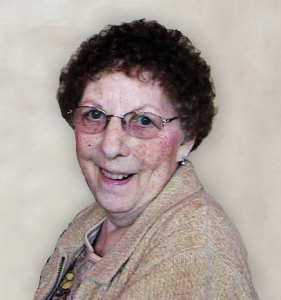 Frances Elaine Morrison age 79, of Caldwell, Ohio passed away Saturday evening, September 4, 2021, at the Genesis Hospital in Zanesville, Ohio. She was born March 5, 1942, in Summerfield, Ohio, a daughter of the late Perry H. (Naomi) Philpot and Genevieve Smith (Ralph) Gibbs.

She was a member of the Caldwell Church of the Nazarene; she was a saved Christian and very strong in her faith. Elaine loved buying fabric and sewing. She was a stay-at-home mom for many years, but then eventually opened her own quilt shop in Caldwell called Crafters Cottage. After several years, she closed the shop but continued to sell fabric and quilting supplies online until she retired.

In addition to her parents, she is preceded in death by a brother-in-law Rodney Leach.

The family will receive friends for visitation Wednesday, September 8, 2021 from 11 a.m. – 1 p.m. at the Chandler Funeral Home, 609 West Street, Caldwell, OH 43724. A Funeral Service will conclude visitation Wednesday at 1 p.m. in the Chandler Funeral Home Chapel, with Pastor John Powell officiating. Burial will follow in the Halley’s Ridge Cemetery. Please join us in remembering Elaine by visiting her memorial at www.ChandlerFuneralHome.net.