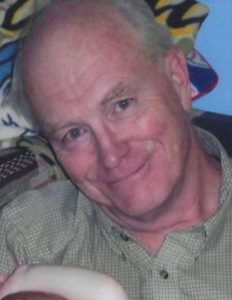 Francis F. “Spunk” Brown, age 74, of Cumberland, Ohio, died Thursday, September 2, 2021, at Genesis Hospital in Zanesville. He was born May 30, 1947, in Zanesville, son of the late Libby Brown. Spunk was a 1965 graduate of Caldwell High School and a graduate of Meredith Business College in Zanesville. He attended Ohio University-Zanesville and The Ohio State University in Columbus. He was a staff sergeant with the Ohio National Guard, from which he was honorably discharged in 1974. Spunk was employed at Worl Thompson Motors in Caldwell for 45 years. He began working as a clean-up boy as a high school student and was promoted to parts manager and eventually office manager of the dealership. He was later employed by Advance Auto Parts in Caldwell. Spunk was a member of First Church of Christ in Caldwell, where he served as elder, Sunday School teacher and superintendent, deacon, and drama and Bible Bowl coach. He was instrumental in creating the Zep Academic Boosters at Shenandoah High School, and along with Steve Hall, established the Shenandoah Little League Basketball Program. He was a longtime 4-H advisor and honorary chapter farmer for the Shenandoah High School Future Farmers of America. Spunk served as Grand Illustrious Master of Masons in Ohio. He was a member of the Sharon Lodge #136, F&AM, Noble Lodge #459, F&AM, for which he was past secretary and past Worshipful Master, Cumberland Chapter #116, Royal Arch Masons, for which he was past secretary, Excellent High Priest and Most Excellent Master, Caldwell Council #121, Royal and Select Masters, for which he was Past Illustrious Master, Cambridge Commandry #47, Knights Templar, for which he was Eminent Commander, Ancient and Accepted Scottish Rite Masons, Valley of Cambridge, 32nd degree mason, and the Noble County Scottish Rite Club, for which he was past president. Spunk was an avid Ohio State Buckeye fan. He loved his flower garden, especially his green cone flowers. He was devoted to his family, especially to his grandchildren.

In addition to his mother, he is preceded in death by his first wife, Patricia A. Hinshaw-Brown, who died in 1974; and two aunts, Agatha Smith and Lena Moore.

Friends may call Tuesday, September 7, 2021, from 5-8 p.m. at McVay-Perkins Funeral Home, 416 East Street, Caldwell, where the funeral service will be observed Wednesday, September 8 at 11 a.m. with Pastor Brent DeWees officiating. Burial will follow at Hoskinsville Cemetery. Due to current Covid conditions, guests are asked to follow recommended safety guidelines at all gatherings. Memorial contributions may be made to the American Diabetes Association at www.diabetes.org. An online guestbook may be signed at www.mcvay-perkins.com.