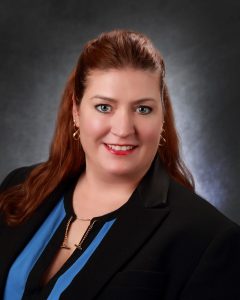 Arnold, a native of Caldwell, Ohio, will assume office on September 13, and will be taking the seat formerly held by the late Judge Lucien “Edsel” Young III. Arnold must run for election in November 2022 in order to complete the unexpired term ending December 31, 2024.

Arnold has served as Law Director for the City of Alliance for over seven years, where she was responsible for all criminal prosecutions in the area. Prior to that she was a courtroom municipal prosecutor in Alliance since 2001. She also served as an attorney working at Robert J. Tscholl, LLC since 1999, focusing on civil practice and cases involving employment law, age discrimination, gender discrimination, race discrimination, sexual harassment, overtime, workers’ compensation retaliation, and more.

Arnold received her law degree from the University of Akron. Prior to that, she earned her undergraduate degree at The Ohio State University after graduating from Caldwell High School.

Currently, she is a member of the Ohio State Bar Association and volunteers at Meals on Wheels and Votes for Women, where she was once president. She also served as part of the local Domestic Violence Collaborative, Chamber of Commerce – Women’s Division, and Community Corrections Planning Board and Executive Committee in the community where she lived.