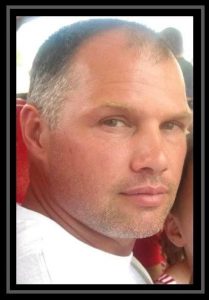 He was born December 18, 1969, in Ironton Ohio.
He was the son of Verna June Dehart Barber and the late Wirt S. Dehart Sr.

He was preceded in death by his father and his first wife, Lisa Dehart of Ashland Kentucky.

In addition to his mother, Donald is survived by his children from his first marriage, Emily and David Dehart of Ashland, Kentucky; and his children from his second marriage, Summer and Aiden Dehart, and their mother, Ashley (Ramage) Dehart all of Caldwell, Ohio. His brother, Wirt Solomon (Jessica) Dehart Jr.; his sisters, Misty Fultz, Angela (Ben) Henderson, Johnda Bailey and Nikki Turley, all of Kentucky.

Donald loved being outside and could usually be found working, fishing, or spending time with his family.