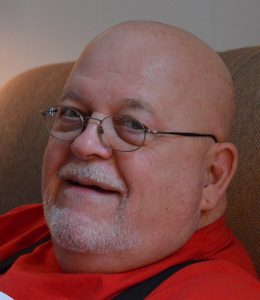 Fred S. McDonald, II, was born on Thursday, July 19, 1945, at the Swan Hospital in Cambridge, Ohio. His mother, Ruth DeVol McDonald, lived on Gomber Avenue in Cambridge while her husband, Fred S. McDonald, served with the U.S. Army in Germany during World War II. When Fred was nearly six months old, on Groundhog Day of 1946, his father returned home. The family was from Noble County, and they lived a year in a rental home on Young Street in Caldwell before buying their lifetime home there at 1028 Belford Street. Although he had no siblings, Fred had many first cousins who he grew up with and a handful of very close friends. He graduated from Caldwell High School with the class of 1963 and completed a year of pre-med studies at Marietta College. In May 1965, he married Sandra Ellen Watson of Sarahsville, and their daughter, Lisa, was born in December of that year. Fred and Sandy moved to Columbus where they both took classes at The Ohio State University. They set up house, but Sandy became ill with leukemia and died in October 1968. In September 1970, Fred remarried after being introduced to a neighbor, Judy Lynne Spitler of North Canton, who was working in Columbus. Daughter Amy was born in 1971. Fred’s young family left Columbus and moved to Caldwell, where he took a job at the local Gould plant in 1973. He was employed there for six years and during that time became a father to a third daughter, Molly. In 1979, son Matthew was born and Fred took a foreman’s job that lasted 23 years at Ormet Aluminum in Hannibal, Ohio. He did this while living in Caldwell and driving one hour to work and one hour home every day so his children could grow up in Caldwell like he did. In 1989, Fred’s mother died. In 2000, his father died. And then Fred moved to Heath, Ohio. He had retired from Ormet, but went to work as a foreman at Kaiser Aluminum in Newark. He retired from Kaiser in 2014, and in 2015, moved to Cambridge. Fred was a Christian who read and studied the Bible. He was a member of the Caldwell United Methodist Church. He enjoyed fox hunting and fishing in his earlier years. He loved horse racing and watching The Ohio State Buckeyes, Cleveland Indians, and Cincinnati Bengals and Reds. Fred survived colon cancer and a subtotal colectomy in 2018. He died from complications of Covid on Monday, September 13, 2021, at Fairfield Medical Center in Lancaster.

He leaves his daughters and sons-in-law, Lisa and David Loos of Cambridge, Amy and Patrick DiMeo of Lewis Center and Molly and Eric Lane of Roseville; his son, Matthew McDonald of Cambridge; his grandchildren, Christian, William and Lee Loos; Joey and Luca DiMeo; and Madison and Kyle Lane; and his former wife, Judy Behringer of Zanesville.

A private inurnment will be observed at Mt. Ephraim United Methodist Church Cemetery at a later time. McVay-Perkins Funeral Home, 416 East Street, Caldwell, is caring for the family. An online guestbook may be signed at www.mcvay-perkins.com.