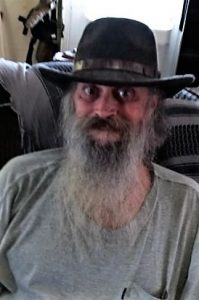 Daniel L. Shaw age 69, of Caldwell, Ohio passed away Tuesday, October 5, 2021 at the Genesis Hospital in Zanesville, Ohio. He was born October 21, 1951 in Zanesville a son of the late David L. and Dorthea Wycoff Shaw.

He served and protected his nation in the United States Air Force. He was the Noble County Veteran Service Officer for 24 years. He was a life member of the Ohio State Association of County Veteran Service Officers, lifetime member of the AMVETS, NRA, Fraternal Order of Eagles #2952, and Caldwell VFW #4721, where he served multiple terms as Commander. He served as a Caldwell City Councilman and as Mayor of Caldwell.  He was a dog lover and a dog trainer for many years. He liked to play guitar in his free time and enjoyed following the Ohio State Buckeye Football Team, but most of all he adored and loved spending time with his grandchildren.

In addition to his parents, he is preceded in death by a sister Donna Lee Shaw.

The family will receive friends Friday, October 8, 2021 from 3 to 6 p.m. at the Chandler Funeral Home & Cremation Service, 609 West Street, Caldwell, OH 43724. A Funeral Service will conclude visitation Friday, October 8, 2021 at 6 p.m. in the Chandler Funeral Home Chapel, with military honors conducted by the Noble County Veteran Service Organizations. Cremation will follow and inurnment will be held at a later date in Mt. Olivet Catholic Cemetery. Please join us in remembering Danny by visiting his memorial at www.ChandlerFuneralHome.net.