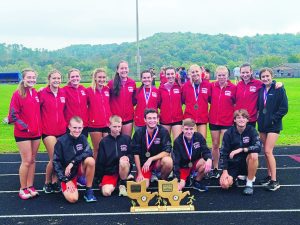 The OVAC Cal Pokas Cross Country Championships were held at Cambridge on Saturday with both Caldwell and Shenandoah participating, with the Redskins sweeping the Class 1A/2A race for the fifth year in a row.

“I am very proud of both teams; they ran very well today,” said Caldwell Head Coach Keith Wilson. “These kids have worked hard all year to come out and show everybody what they are made of. This was the first opportunity to do that this year and they did not disappoint. I am very happy for them and very proud of them.” 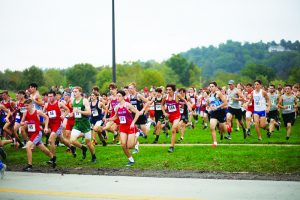 The Caldwell boys won the 1A/2A race for the 10th year in a row with  471 points, finishing in 16th place overall. University placed first overall with 27 points followed by Wheeling Park with 82 points.

The Zeps boys finished in sixth place in the 3A race and 21st overall with 589 points.

“We did not do very well today,” said Shenandoah Head Coach Craig Sebring. “We have several athletes with injuries and the different weather affected us. We ran well today and competed hard, but it just was not our day.” 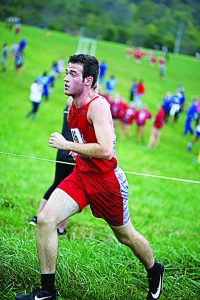 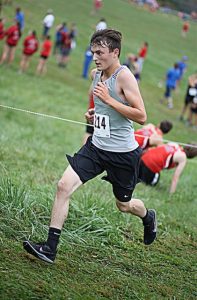 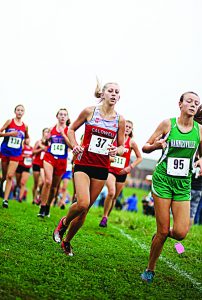 The Lady Redskins finished in first in the 1A/2A race for the fifth straight year with 195 points and were fifth overall. Morgantown won the overall race with 18 points followed by University with 86. 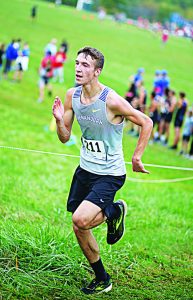 Sebring is looking for his runners to continue to improve.

“Our objective is to get into the district meet in a couple weeks,” he said. “The season is coming down to the end, so we have to get it going.”

“We still have more races to go,” said Caldwell’s Wilson. “I am proud of what we have achieved so far.”

Both teams had several runners race in the combined open race. 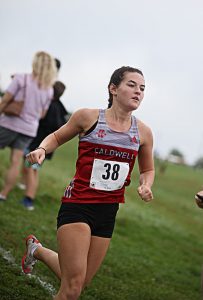 Brynn Block was the top finisher in Class 1A/2A and 12th overall at the OVAC Cal Pokas Cross country Championships in Cambridge.

Caldwell joins Fort Frye in a three-team event Saturday at Shenandoah, with action starting at 9 a.m.