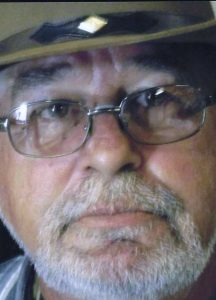 Vernon Thomas “Tom” Sorg, age 67, of Sarahsville, Ohio, died Monday, November 15, 2021, at his home. He was born February 6, 1954, in Greenville, Ohio, son of the late Vernon R. and Jane A. Dyer Sorg. Tom was a 1973 graduate of Shenandoah High School. He retired as a journeyman lineman for IBEW Local #71 in Columbus. He enjoyed leather crafting, hunting, fishing, and watching westerns. He was devoted to his family.

In addition to his parents, he is preceded in death by an infant brother, Bobby Sorg.

Friends may call Thursday, November 18, 2021, from 5-8 p.m. at McVay-Perkins Funeral Home, 416 East Street, Caldwell, where the funeral service will be observed Friday, November 19 at 11 a.m. with Pastor Audie Sorg officiating. Burial will follow at East Union Cemetery. Memorial contributions may be made to the Hospice of Guernsey at www.hospiceofguernsey.com. An online guestbook may be signed at www.mcvay-perkins.com.