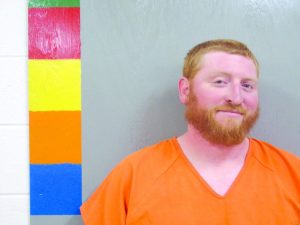 Tyler Thompson, 29, of Belle Valley has been sentenced to life in prison without the possibility of parole for killing his fiancée, Leah B. Hines, in March.

Ohio Attorney General Dave Yost said, “This man killed a person he claimed to love and had promised to share a life with. He richly deserves his sentence of life in prison without parole.”

Thompson was convicted earlier in November of one count of aggravated murder and two counts of murder, all unclassified felonies, after a three-day trial in Noble County Common Pleas Court. He was sentenced last Monday.

In addition to the murder charges, Thompson was convicted of tampering with evidence, a third-degree felony, and sentenced to 24 months in prison to run concurrently with his life sentence.