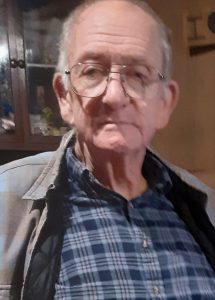 Elza Lester McIntire, age 79, of Caldwell, Ohio, died Wednesday, November 24, 2021, at his home. He was born July 20, 1942, in Washington Twp., Tuscarawas County, Ohio, son of the late Sheridan and Clara Bench McIntire. Elza was a United States Army veteran. He retired as a driver from the Guernsey County Senior Citizens Center, and he was formerly employed by King Quarries and King Coal. He loved to fish.

In addition to his parents, he is preceded in death by his first wife, Ruth McIntire; and four brothers, Albert, Donald, William and Jesse McIntire.

Surviving are his wife, Beverly Mae Bane McIntire, whom he married May 16, 2003; his children, E. Lester McIntire of Sarahsville and Philip E. McIntire of Pennsylvania; one step-daughter, Naomi Ruth Seymour of Marysville; six grandchildren; and several nieces and nephews.

Friends may call Saturday, November 27, 2021, from 11 a.m. – 1 p.m. at McVay-Perkins Funeral Home, 416 East Street, Caldwell, where the funeral service will follow visitation at 1p.m. Burial will follow at Hiramsburg Cemetery. An online guestbook may be signed at www.mcvay-perkins.com.