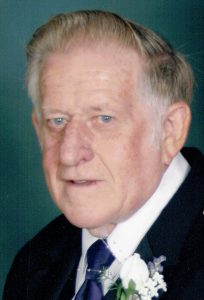 Rodney E. Kahrig, 85, of Woodsfield, Ohio passed away Friday, December 3, 2021 at his home surrounded by his family.

He was born near Miltonsburg, Ohio on March 1, 1936 a son of the late Lawrence and Ella Christman Kahrig.

Rodney was former owner/operator of Kahrig Plumbing & Heating for over 40 years.  He was a former Malaga Township Trustee for 18 years.  He was a U.S. Army veteran serving in Korea; a member of the American Legion Post 87, Woodsfield, Ohio and the Middle Church Cemetery Association.

In addition to his parents he was preceded in death by six brothers, Roger, William, Francis, Virgil, Lester and Herman Kahrig; and a sister, Martha Uppole.