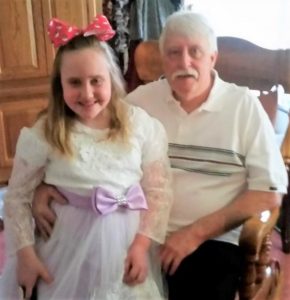 He was born December 29, 1964 in Cambridge, son of Clarence “Bud” and Diana (Province) Dudley of Pleasant City.

Brian was employed at Colgate-Palmolive and formerly at Island Aseptics.  He was a 1984 graduate of Meadowbrook High, and a graduate of the HVAC program at the former Guernsey Noble Career Center.  He was an avid sports fan, especially the Pittsburgh Steelers.  He liked watching NASCAR, enjoyed listening to music, especially Blue Grass. He was a toy collector, video gamer and enjoyed working.

In addition to his parents he is survived by one daughter Patty Mae Dudley of Belle Valley; two brothers, Brad (Crystal) Dudley and Brennan (Tiffiny) Dudley, both of Byesville; one sister Susan (Dennis) Smith of Sarahsville; several nieces and nephews.

Visitation will be Friday from 11:00 a.m. to 1:00 p.m. at Black-Epperson Funeral Home, Byesville where services will follow at 1:00 p.m. with Brennan Dudley officiating.  Burial will follow in Greenwood Cemetery.

Expressions of sympathy may be extended to the family at www.black-eppersonfuneralhomes.com.