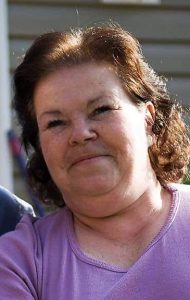 Susan Snodgrass Singer age 69, of Caldwell, Ohio passed away with her loving family by her side, due to complications from a stroke, on Thursday, December 23, 2021 at the Marietta Memorial Hospital in Marietta, Ohio. She was born August 28, 1952 in Brockton, MA a daughter of Sylvia Haskel Saulnier of Caldwell and the late David Saulnier.

She learned to sew at age 12, made some of her own school clothes, and worked as a waitress at age 15. After high school, she joined the Marines and was a Weather Observer. Following her time in the service, she worked at the South Carolina shipyard on Nuclear Submarines. She has been a bartender, chemist, seamstress, school bus driver, hospice caregiver, medical assistant, and fabric sales rep. covering parts of Ohio, Indiana, Kentucky, and West Virginia. She was a member of the Caldwell Quilt Guild.

In addition to her father, she is preceded in death by a stepson, David Jacob Singer.

The family will receive friends for visitation Thursday, December 30, 2021 from 5:00 to 7:00 p.m. at the Chandler Funeral Home & Cremation Service, 609 West Street, Caldwell, OH 43724. A funeral service will conclude visitation Thursday, December 30, 2021 at 7:00 p.m. in the Chandler Funeral Home Chapel, with Pastor Rick Haught officiating. Cremation will follow. Memorial contributions may be directed in Susan’s honor to the Wounded Warrior Project or another charity of your choice. Please join us in remembering Susan by visiting her memorial at ChandlerFuneralHome.net.