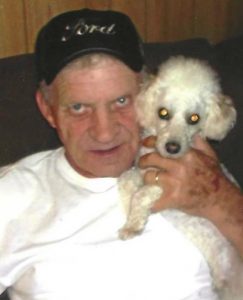 Robert W. Blair, age 72, of Caldwell, Ohio, died Monday, January 10, 2022, at Cedar Hill Care Center in Zanesville. He was born January 15, 1949, in Washington County, Ohio, son of the late Daniel Wayne and Loretta Ruth Jenkins Blair. Robert was a truck driver and retired as a timber cutter. He loved working in his yard, fishing, hunting, especially coon hunting, and watching old western movies. He loved spending time with his family and friends, and he was devoted to his grandchildren.

In addition to his parents, he is preceded in death by his wife, Marlene Sue Poulton Blair, whom he married in 1970 and who died in 2016; two sisters, Linda Sue Kuhn and Ruth Ann Blair; and one brother, Edward Lee Blair.

Friends may call Thursday, January 13, 2022, from 11 a.m.-1 p.m. at McVay-Perkins Funeral Home, 416 East Street, Caldwell, where the funeral service will follow visitation at 1 p.m. with Pastor Bill Pickenpaugh officiating. Burial will follow at Salem Twp. Cemetery. Guests are asked to follow recommended safety precautions against Covid at all gatherings. An online guestbook may be signed at www.mcvay-perkins.com