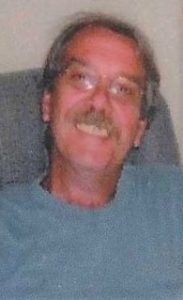 Jack L. Koval, age 67, of Caldwell, Ohio, died Wednesday, February 16, 2022, at his home. He was born December 23, 1954, in Cambridge, son of the late John E. and Stella Eileen Oliver Koval. Jack was a 1973 graduate of Caldwell High School. He was employed over the years by NCR and Colgate-Palmolive in Cambridge, Hamilton Beach Scovill in Byesville, and East of Chicago Pizza in Caldwell. He also assisted with home remodeling. He was a member of First Church of Christ in Caldwell and the Caldwell Eagles, #2952. Jack enjoyed Cleveland sports teams, especially the Cleveland Browns, and he was a fan of the Ohio State Buckeyes. In his younger years, he enjoyed hunting and playing golf.

In addition to his parents, he is preceded in death by two brothers, Jon M. Koval and David J. Koval; and two nephews, Sean Koval and Jeffrey Koval.

Surviving are two-sisters-in-law, Patty A. Koval and Linda M. Koval, both of Caldwell; one uncle, Ed Koval of Byesville; and several nieces, nephews, and cousins.

A memorial service will be observed Saturday, March 12, 2022 at 11a.m. at McVay-Perkins Funeral Home, 416 East Street, Caldwell, with Pastor Jake Biedenbach officiating. Inurnment will take place at Olive Cemetery. An online guestbook may be signed at www.mcvay-perkins.com