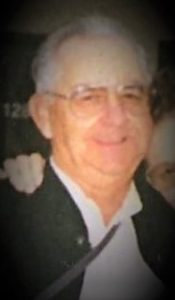 Joseph W. “Joe” Dudley, age 86, of Cumberland, Ohio, died Saturday, March 12, 2022, at his home. He was born August 4, 1935, near Ava, son of the late Almer Joseph and Nola Marquis Dudley. Joe was a 1953 graduate of Belle Valley High School. He started as a laborer at the Ava Brick Company while still in high school and worked his way up to superintendent. He retired as a dozer operator in 1997 from Central Ohio Coal Company and was a member of the United Mine Workers of America, Local #1604. Joe was also a former director for the Noble County Agricultural Society and was a caretaker and dug graves for Hiramsburg Cemetery. He was a member of the Hiramsburg United Methodist Church. He enjoyed sharing the history of the Ava Brick Company and its products. He loved his grandchildren.

In addition to his parents, he is preceded in death by three sisters, Ruth Jenkins, Doris Bickford, Geneva Binegar, and Wanda Schmidt; three brothers, Rolland, Glenn, and Vernon Dudley; and a son-in-law, Francis F. Brown.

Friends may call Tuesday, March 15, 2022, from 11 a.m. – 3 p.m. at McVay-Perkins Funeral Home, 416 East Street, Caldwell, where the funeral service will follow visitation at 3 p.m. with Pastor Keith Taylor officiating. Burial will follow at Hiramsburg Cemetery. An online guestbook may be signed at www.mcvay-perkins.com