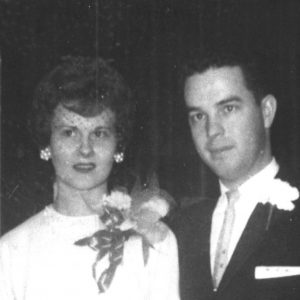 Marybelle Flood, 86, of Quaker City, passed away Tuesday, March 22, 2022, at the Embassy of Cambridge.
She was born February 17, 1936, in Olive Township, a daughter of the late Ernest and Ada (Harris) Wilson.
Marybelle was a 1954 graduate of Dexter City High School and attended the Beauty Box in Cambridge where she jumpstarted her career as a Beautician. She enjoyed cooking and learning about the history of the Wilson and Harris families. Marybelle was a member of the Mary Reed Memorial Methodist Church.
In addition to her parents, she is also preceded in death by her husband, John Neal Flood, whom she married on January 1, 1961, her brothers, Dale, Rodney, and Barney, and her sister, Irene.
She is survived by her three sons: John (Lorie) Flood Jr. of Quaker City, Randy (Brenda) Flood of Quaker City, and Brent (Theresa) Flood of Barnesville, her daughter, Melody Lucas of Salesville; and her eight grandchildren, Janessa, Makayla, Samantha, Trent, Gage, Breanna, Sadie and Casen Flood. In lieu of flowers and food, Marybelle requests contributions to please be made to the Quaker City Fire Department and EMS.