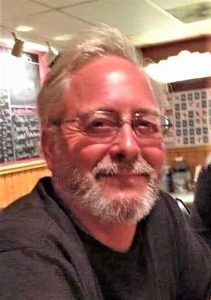 He was a 1981 graduate of Caldwell High School, having also attended the Mid-East Career & Technical School. He was currently employed for Adkins Timber Products in Beverly and Caldwell. He could often be found singing, playing his guitar, riding his motorcycle and horses. Most of all Mark loved his family.

The family will receive friends for visitation Monday, April 11, 2022 from 2:00 to 8:00 p.m. at the Chandler Funeral Home, 609 West Street, Caldwell, OH 43724. A funeral service will be held Tuesday, April 12, 2022 at 11:00 a.m. in the Chandler Funeral Home Chapel, with Jason Pierce officiating. Burial will follow in Halley’s Ridge Cemetery, where he will be laid to rest near his daughter Lexi. Memorial contributions may be directed in Mark’s honor to the American Diabetes Association, P.O. Box 7023, Merrifield, VA  22116-7023. Please join us in remembering Mark by visiting his memorial at www.ChandlerFuneralHome.net.