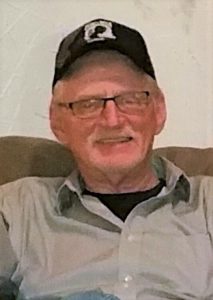 Ronald A. Hughey, age 74, of Lowell, Ohio, died Saturday, May 7, 2022, at his home. He was born July 11, 1947, son of the late Charles Lewis “Red” and Juanita Eileen McAtee Hughey. Ron was a 1965 graduate of Salem-Liberty High School in Lower Salem and Mahoning Valley Technical College in Youngstown. He joined the United States Army in 1967 and served in Vietnam from 1969-1970. He was general superintendent at Fortney and Weygant Construction in Cleveland for many years and he retired from Crock Construction in Caldwell. Ron was Catholic by faith. He enjoyed all sports and was an avid Cleveland Cavaliers fan and raced motocross as a young man. He was also an avid hunter and golfer. He was devoted to his family.

In addition to his parents, he was preceded in death by a brother, Evan Jay Hughey.

Friends may call Tuesday, May 10, 2022, from 4-8 p.m. at McVay-Perkins Funeral Home, 416 East Street, Caldwell, where the funeral service will be observed Wednesday, May 11 at 11 a.m. with John Wells officiating. A veteran’s graveside service will follow at Salem Twp. Cemetery conducted by the Noble County Veteran Service Organizations. The family would like to thank Amedisys Hospice and the Noble County Veteran Service Office for their compassionate care. An online guestbook may be signed at www.mcvay-perkins.com