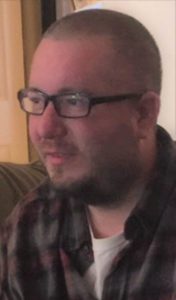 Joshua C. Brown, age 39, of Dexter City, Ohio, died Sunday, June 5, 2022, at University Hospital in Cleveland. He was born December 13, 1982, in Columbus, son of Mary Elizabeth “Beth” Brown Phipps of Dexter City. Josh was a 2001 graduate of Franklin Heights High School and attended Columbus State University and The Ohio State University. He was employed by Ciox Health where he worked in records management. Josh enjoyed sports and was an avid fan of the Cleveland Browns and the Ohio State Buckeyes. He was a collector of Stars Wars, Star Trek, and Incredible Hulk memorabilia.

He is preceded in death by his grandmother, Mary C. Brown; and his uncle and aunt, Gary and Dee Lahue.

There will be no service at this time. McVay-Perkins Funeral Home, 416 East Street, Caldwell, is caring for the family. An online guestbook may be signed at www.mcvay-perkins.com