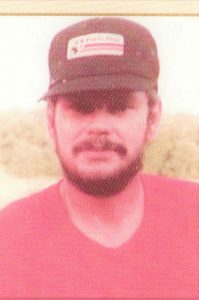 Durward Charles “Dub” Barnhouse, age 68, of Caldwell, Ohio, died Monday, June 13, 2022, at his home. He was born July 26, 1953, in Zanesville, son of the late John William and Marian D. Jennings Barnhouse. Dub was a 1971 graduate of Caldwell High School. He was employed by the former Mahle Plant in Caldwell and as a custodian for Caldwell Elementary School. He owned and operated Barnhouse Garage in Caldwell for many years. Dub was a member of the Caldwell Church of Christ. He drove and built stock cars for 31 years, driving #17 for many years and then later #59. He coached biddy league basketball and little league baseball in Caldwell.

A graveside service will be observed Saturday, June 25, 2022, at 11a.m. at Sharon Cemetery with Pastor Kris Bright officiating. In lieu of flowers, memorial contributions may be made to Hospice of Guernsey at www.hospiceofguernsey.com. McVay-Perkins Funeral Home, 416 East Street, Caldwell, is caring for the family. An online guestbook may be signed at www.mcvay-perkins.com.