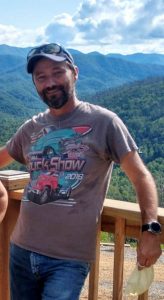 Tim attended church at Caldwell United Methodist Church; was a member of Noble County Cruzers; and enjoyed spending time with family and friends, camping, and fishing. Tim always tried to lend a hand when able. He will be greatly missed by family and friends.

Celebration of Life Service was held Thursday, June 2, 2022 at the Caldwell United Methodist Church and a meal was served at the Faith Baptist Church in Belle Valley.