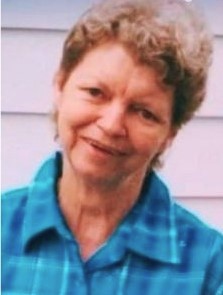 Karen E. Smithberger, age 72, of Caldwell, Ohio, died Tuesday, July 26, 2022, at Altercare Summit Acres. She was born October 25, 1949, in Cambridge, daughter of the late William Allen and Zella Marie Shaklee Clark. Karen was a 1967 graduate of Shenandoah High School and she was employed as a cook and pie baker for Lori’s Family Restaurant in Caldwell for over 25 years. She was a member of St. Michael Catholic Church in Carlisle. Karen enjoyed reading and working jigsaw puzzles. She was devoted to her family.

In addition to her parents, she is preceded in death by her husband, Lester George “Sonny” Smitherberger, Jr., whom she married September 14, 1968, and who died August 24, 2002; two sisters, Susan (Bert) Wheeler and infant sister Barbara Clark; and two brothers-in-law, Tom Hennen and Larry Kinnen.

Friends may call Sunday, July 31, 2022, from 4-8PM at McVay-Perkins Funeral Home, 416 East Street, Caldwell, where the funeral service will be observed Monday, August 1, 2022, at 11AM with Allen Fraley officiating. Burial will follow at St. Michael’s Parish Cemetery. An online guestbook may be signed at www.mcvay-perkins.com