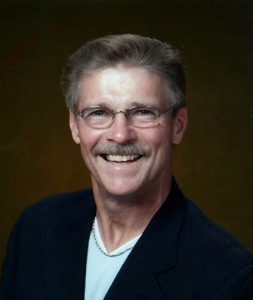 Herman M. Ritterbeck age 82, of Granville, Ohio, passed away Monday August 1, 2022 at Middleton Senior Living under the care of Ohio Living Health & Hospice. He was born February 8, 1940 in Caldwell, Ohio, a son of the late Carl and Freda Hill Ritterbeck.

After graduating from Caldwell High School, he was employed with Western Electric. He worked there until he was drafted into the United States Army. After he returned, he was employed with Lucent Technologies, formerly known as AT&T/Western Electric, from where he retired after 39 years 7 months and 16 days. Herman also worked at Bookmark Farms in Pataskala for 15 years. After retirement he drove cars for Bob McDorman Automotive. He was an avid football, baseball, and volleyball player, but his real passion was a sport that he played for 55 years, softball. Herman was an avid rabbit and later a coon hunter. He raised prize winning coon dogs, one of those growing up to be his favorite, better known as Moe. He was a devout Catholic that was raised in the St. Mary of the Immaculate Conception Catholic Church in Fulda, Ohio, and was currently a member of St. Edwards the Confessor in Granville, Ohio.

Those left to cherish his memory are his wife Lavaughn Piatt Ritterbeck, whom he married February 24, 1968; a brother, Howard (Beverly) Ritterbeck of Bolivar, Ohio; a brother-in-law, Neil (Carrie) Piatt of De Soto, MO, and caretaker niece Diann Jennings of New Carlisle, Ohio. He is also survived by numerous nieces, nephews, friends, and extended family.

In lieu of flowers, the family suggests memorial contributions be directed in Herman’s honor to the St. Mary of the Immaculate Conception Catholic Church in Fulda, 43700 Fulda Road Caldwell, OH 43724.

The family would like to thank the wonderful nurses, aides and staff of Middleton Senior Living and Ohio Living Health & Hospice for the excellent care they not only provided Herman but his family as well. Please join us in remembering Herman by visiting his memorial at www.ChandlerFuneralHome.net