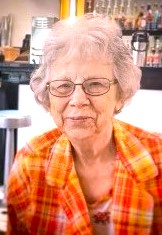 Margaret T. “Tally” Hill, age 85, of Caldwell, Ohio, died Wednesday, September 14, 2022, at Camden-Clark Hospital in Parkersburg, West Virginia. She was born December 23, 1936, in Caldwell, daughter of the late John William and Kathleen Emily Hazard Hill. Tally was a 1954 graduate of Caldwell High School, where she played saxophone in the band. She also graduated from the St. Joseph School of Nursing in Parkersburg and The Ohio State University, where she earned a Bachelor of Arts degree in Education. Early in her life she worked as a nurse, and later served for 25 years as an elementary school teacher for Columbus City Schools. Tally was a member of St. Stephen Catholic Church in Caldwell, where she was a member of its Catholic Women’s Club and a longtime member of the choir, and she took care of decorating the church for the holidays for many years. She was a devoted woman of faith.  Tally loved reading, scrapbooking, and making arts and crafts.

In addition to her parents, she is preceded in death by an infant brother and infant sister.

Friends may call Monday, September 19, 2022, from 4-8 p.m. at McVay-Perkins Funeral Home, 416 East Street, Caldwell. Funeral Liturgy with Mass will be observed Tuesday, September 20 at 10 a.m. at St. Stephen Catholic Church in Caldwell with Rev. Fr. Thomas Nelson as celebrant. Burial will follow at Olive Cemetery. Memorial contributions may be made to St. Stephen Catholic Church, 1036 Belford Street, Caldwell, 43724. An online guestbook may be signed at www.mcvay-perkins.com