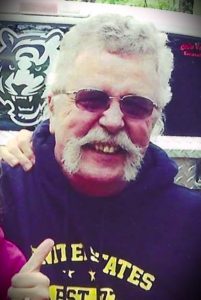 Dale F. Dimmerling, age 69, of Caldwell, Ohio, died Saturday, September 17, 2022, at his home. He was born July 2, 1953, in Caldwell, son of the late Junior F. and Mildred M. Cozzens Dimmerling. Dale was a 1972 graduate of Caldwell High School, where he played football and basketball and he was honored as a member of the Caldwell High School Football Hall of Fame. He was employed by Glacier Vandervell on the clevite line for over 20 years and retired from B&N Coal Company as a Yuke operator. Dale was a member of St. Stephen Catholic Church and the Caldwell Moose Lodge. In his younger years, Dale enjoyed playing softball, and he also enjoyed watching football, farming, working outside, playing horseshoes and cards, and going out to eat. He loved spending time with his grandchildren.

In addition to his parents, he is preceded in death by his brother, David Dimmerling.

Friends may call Tuesday, October 4, 2022, from 11 a.m.-1 p.m. at St. Stephen Catholic Church in Caldwell, where a Funeral Liturgy with Mass will follow visitation at 1p.m. with Rev. Fr. Thomas Nelson as celebrant. Burial will follow at Mt. Olivet Cemetery in Caldwell. Memorial contributions may be made to St. Mary of the Immaculate Conception Catholic Church ~ Renovation Fund, P.O. Box 286, Caldwell, Ohio, 43724. McVay-Perkins Funeral Home, 416 East Street, Caldwell, is caring for the family. An online guestbook may be signed at www.mcvay-perkins.com.