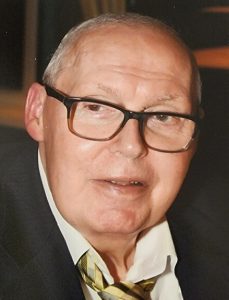 Mark Edward Webster, age 76, of Orange City, Florida, died Monday, September 19, 2022, at his home. He was born June 16, 1946, in Zanesville, Ohio, son of the late Donald and Hope Webster. Mark was a 1964 graduate of Caldwell High School, a graduate of the Kirksville School of Osteopathic Medicine, and served a rotating internship at Warren General Hospital from 1972-1973. He was the owner and operator of The Webster Medical Clinic, which was established in 1978 and was open until September of 2022. He was Methodist by faith and enjoyed reading, eating, and dancing.

In addition to his parents, he is preceded in death by two sisters, Marsha Webster and Virginia Bartel; and one brother, Jimmy Moore.

Surviving are his wife, Cathy Chatchawan Webster, whom he married September 15, 1990; and one son, Mark C. Webster.

A graveside service will be observed Wednesday, November 30, 2022, at 11 a.m. at Olive Cemetery with Pastor George Clark officiating. McVay-Perkins Funeral Home, 416 East Street, Caldwell, is caring for the family. An online guestbook may be signed at www.mcvay-perkins.com