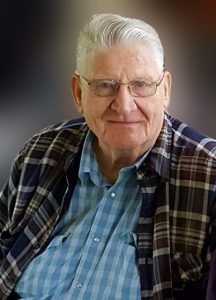 Robert “Bob” Kermit Henthorne, 85, of Caldwell went to be with his Lord and savior in the morning hours of November 12, 2022. He was born in Charleston, West Virginia on October 31, 1937 to the late Russell and Geniece (Baldwin) Henthorne. In addition to his parents, he was preceded in death by his sons, Steve and Rusty Henthorne; his wife of 61 years, Donna Henthorne; as well as his brother, Joe Henthorne and sister, Wilma Seckman.

Surviving are his three daughters, Tina Henthorne of Summerfield, Laura (Chris) Jamiel of Cambridge, Geniece (Al) Chidester of Thornville; his sister, Faye (Henthorne) Spence; as well as 10 grandchildren; and many great grandchildren, nieces, and nephews.

Robert was a faithful member of the Church of Christ in Beverly. He was a retired business owner of Henthorne Tires. He served in the Army National Guard, drove a school bus for Caldwell, and drove trucks (including laying road foundation for interstate 77 and construction for some of the first electric brought to Washington County). He enjoyed traveling and made it to all 48 continental states during his life. He loved spending time with his family.

Cremation has been chosen per Robert’s wishes. Graveside service will be at Keith Cemetery in Keith Town, Ohio. You may view an online tribute and express condolences at burrellfuneralservices.com. In lieu of flowers, memorial contributions may be made to Church of Christ, 512 Ulman St., Beverly, Oh 45715, or, Hospice of Guernsey. BURRELL FUNERAL SERVICES is serving the family.