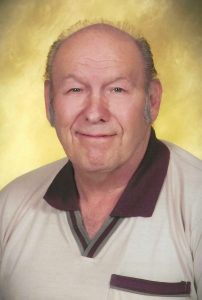 Kenneth K. “Kenny” Scheich, age 81, of Caldwell, Ohio, died Saturday, November 26, 2022, at Altercare Summit Acres. He was born December 2, 1940, in Brooklyn, New York, son of the late Henry and Rose Marshauser Scheich. Kenny was a United States Army veteran and retired from Mahle Manufacturing in Caldwell where he worked on the borer line. He was a member of the United Steel Workers of America and the National Model Railroad Association, and he was a member of St. Stephen Catholic Church in Caldwell. Ken was a gifted, self-taught harmonica player who was the 1985 State of Ohio Harmonica Champion. He played with several local music groups, including The Noble Men, Noble Country Players, and The Get-Along Gang, and he played his harmonica at area nursing homes and at funeral services. He loved bringing joy to people through his music.

In addition to his parents, he is preceded in death by his wife, M. Emalene Feldner Scheich, whom he married July 30, 1966, and who died April 10, 2001; and one brother, Charles Scheich.

Friends may call Tuesday, November 29, 2022, from 4-8 p.m. at McVay-Perkins Funeral Home, 416 East Street, Caldwell. Funeral Liturgy with Mass will be observed Wednesday, November 30 at 10 a.m. at St. Stephen Catholic Church with Rev. Fr. Thomas Nelson as celebrant. A veteran’s graveside service will follow at Mt. Olivet Cemetery conducted by the Noble County Veteran Service Organizations. Memorial contributions may be made to St. Jude Children’s Research Hospital at www.stjude.org. An online guestbook may be signed at www.mcvay-perkins.com