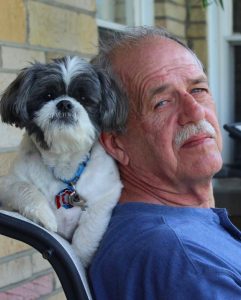 Joel Scott Burris, age 71, of Caldwell, Ohio, died Wednesday, November 30, 2022, in Caldwell. He was born February 23, 1951, in Cambridge, son of the late Glenn and Phylllis Dennis Burris. Joel was a 1969 graduate of Cambridge High School. He retired from Columbia Gas Transmission in Cambridge, where he was employed from 1970-2009, retiring as a team leader. He was director for the Noble Recreation Committee for many years and coached little league and t-ball, and he was manager for the Happy Time Pool in Caldwell for several years. He loved watching Ohio State football, was a fan of the Cincinnati Bengals, and he loved to golf. He loved working on projects and took pride in caring for his yard. He was a member of the Caldwell United Methodist Church. Joel was devoted to his family and loved his dog, C.J.

In addition to his parents, he is preceded in death by one son, Jeffrey Scott Burris; and one brother, David Burris.

Friends may call Sunday, December 4, 2022, from 2-4 and 6-8 p.m. at McVay-Perkins Funeral Home, 416 East Street, Caldwell, and Monday December 5 from 11 a.m. – 1 p.m. The funeral service will be observed Monday at 1PM with Pastor Jeff Coggins officiating. Inurnment will take place at a later time at Olive Cemetery. An online guestbook may be signed at www.mcvay-perkins.com