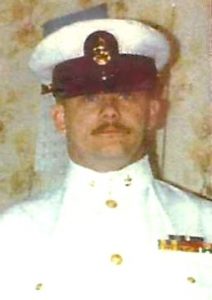 Albert R. Little, age 72, of Cumberland, Ohio, died Friday, December 2, 2022, at Adams Lane Care Center in Zanesville. He was born December 27, 1949, in Guernsey County, son of the late William and Violet Miller Little. Albert was a United States Army and Navy veteran, having served during the Vietnam War. He retired from the Navy in 1994 as an HTC Tech Chief. He enjoyed driving cars for Dunning Motors in Cambridge. Albert was a member of the American Legion and the National Rifle Association. He enjoyed riding motorcycles and going to yard sales. He was a devoted family man who was good to people and always willing to help someone in need.

In addition to his parents, he is preceded in death by one son, Michael Ray Little; and one brother, Ralph Little.

Friends may call Friday, December 9, 2022, from 11 a.m. – 2 p.m. at McVay-Perkins Funeral Home, 416 East Street, Caldwell, where the funeral service will follow visitation at 2 p.m. with Rev. Tom Matus officiating. A veteran’s service will be conducted by the Noble  County Veteran Service Organizations. An online guestbook may be signed at www.mcvay-perkins.com