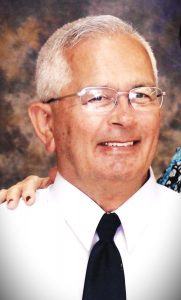 Herbert L. “Herb” Hurst, age 81, of Caldwell, Ohio, died Saturday, December 10, 2022, at his home. He was born April 8, 1941, in Sarahsville, son of the late Albert Urbane and Sarah S. Rayner Hurst. Herb retired in 2001 as a reclamation superintendent for the Central Ohio Coal Company. He was a member of the First Church of Christ in Caldwell, where he served as a deacon. He enjoyed farming, golfing, hunting, and traveling.

In addition to his parents, he is preceded in death by one daughter, Marsha Ann Hurst; a great-grandson, Colten James Miley; one brother, George W. (Dorothy) Hurst; and a brother-in-law, Joe Dudley.

Friends may call Tuesday, December 13, 2022, from 5-8 p.m. at McVay-Perkins Funeral Home, 416 East Street, Caldwell where the funeral service will be observed Wednesday, December 14 at 11a.m. with Pastor Brent DeWees officiating. Burial will follow at Olive Cemetery. Memorial contributions may be made to the Belle Valley Volunteer Fire Department, P.O. Box 16, Belle Valley, Ohio, 43717. An online guestbook may be signed at www.mcvay-perkins.com