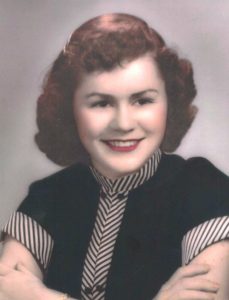 Nancy M. Clark, age 87, of Caldwell, Ohio, formerly of Middleburg, died Tuesday, December 20, 2022, at Altercare Summit Acres. She was born November 4, 1935, in Weirton, West Virginia, daughter of the late William D. and F. Marie Ward Swearingen. Nancy was a 1953 graduate of Weirton High School. She was a beloved mother and homemaker who was an accomplished cook and seamstress, making many of her children’s clothes. She was a 4-H advisor for many years and managed the Floral Hall at the Noble County Fairgrounds for many years. She loved horseback riding and will be remembered for wearing Native American gear and riding her paint horse at Caldwell High School football games in the 1970s. She enjoyed playing cards. Nancy was a member of the First Church of Christ in Caldwell and participated in its live nativity scene. She was a woman of faith who was devoted to her family.

Friends may call Thursday, December 22, 2022, from 4-7 p.m. at McVay-Perkins Funeral Home, 416 East Street, Caldwell, where the funeral service will be observed Friday, December 23 at 11 a.m. with Ken Perkins and Mike West officiating. Burial will follow at Olive Cemetery. Memorial contributions may be made to PAWS, Inc., Humane Society of Noble County at www.noblepawsinc.com. An online guestbook may be signed at www.mcvay-perkins.com.