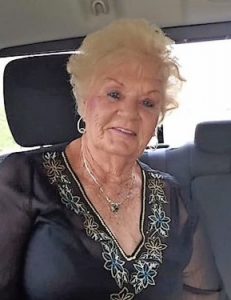 Wilda E. Bender, age 84 of Caldwell, Ohio, passed away Wednesday, December 21, 2022 at her home surrounded by her family and under the care of Hospice of Guernsey Inc. She was born July 1, 1938 in Jerusalem, Ohio, a daughter of the late Frank and Geneva Davidson Warner.

She worked as an activity director at the Ida Sue School in Wooster, Ohio, First Assembly of God in Concord, NC, and was the owner/operator of the former Bender’s Family Restaurant in Cambridge, Ohio. Following retirement, she was a caregiver for many in her community. She enjoyed meeting her special group of friends at Marianne’s Restaurant to catch up and meeting to play cards. She will always be remembered as someone who loved her family tremendously.

The family wishes to express their heartfelt gratitude to Hospice of Guernsey Inc., Dianne Fry, Ellen Adair, and Ryan Saling.

Cremation will be observed. The family will receive friends for a memorial service Wednesday, December 28, 2022 at 6:00 p.m. in the Keith United Methodist Church, 17140 George Lawrence Road, Caldwell OH 43724, with Ryan Saling officiating. Inurnment will be held at a later date. Memorial contributions may be directed in Wilda’s Honor to the Hospice of Guernsey Inc., P.O. Box 1165 Cambridge, Ohio 43725. Chandler Funeral Home & Cremation Service, 609 West Street, Caldwell, OH 43724 has been entrusted to care for the family. Please join us in remembering Wilda by visiting her memorial at www.ChandlerFuneralHome.net