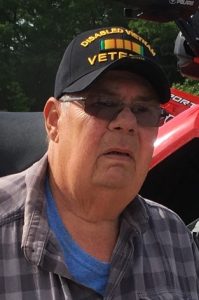 David E. Barnhouse age 74, of Macksburg, Ohio, passed away Wednesday, December 28, 2022 at the Marietta Memorial Hospital in Marietta, Ohio. He was born September 28, 1948 in Sharon, Ohio, a son of the late John W. and Marian D. Jennings Barnhouse.

He served and protected his nation in the US Army in the Vietnam War. He retired from the former Mahle Manufacturing Plant having been employed from 1973 until 2009. He drove a bus for several years for the Caldwell Exempted Village Schools. He was a member of the Dungannon United Methodist Church and took pride in mowing the yard there. David coached little league baseball and basketball for the area youth. He loved camping for many years at Davlin Lake in Vincent, Ohio. He could often be found on his riding mower, mowing his yard.

In addition to his parents, he is preceded in death by two brothers, John “Mike” Barnhouse and Durward “Dub” Barnhouse; and nephew Christopher Michael Barnhouse.

Those left to cherish his memory are his wife Louisa “Cathy” Stark Barnhouse, whom he married December 20, 1975; children David (Tracy) Barnhouse II of Senecaville, Ohio, Bill Barnhouse of Norton, Ohio, and Amanda Barnhouse of Zanesville, Ohio. He is also survived by several nieces, nephews, and friends.

The family will receive friends for visitation Sunday, January 1, 2023 from 12:00 p.m. to 2:00 p.m. at the Chandler Funeral Home & Cremation Service, 609 West Street, Caldwell, OH 43724. A funeral service will conclude visitation Sunday, January 1, 2023 at 2:00 p.m. in the Chandler Funeral Home Chapel, with Rev. Jim Porter officiating. Military honors will be conducted by the Noble County Veteran Service Organizations. Cremation will follow and inurnment will be held at a later date in Sharon Cemetery.