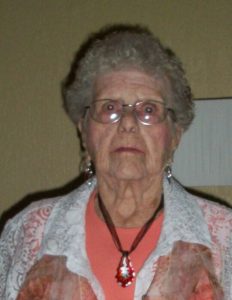 Mary (Annabelle) Archer, 99, passed away peacefully at Haven Health in Cottonwood on January 2, 2023. She was born in Mt Ephraim, Ohio, on April 21, 1923, daughter of Andrew and Ida Bates. Annabelle and her late husband, Ronald (d1996), moved to Phoenix in 1954 with their three children. Ron and Annabelle moved to Cottonwood in 1976 where Ron built one of the first homes in Verde Village 7. Annabelle loved flower arranging, painting, and made the most beautiful crochet doilies and afghans.

She is preceded in death by her brother, Donald Bates.

No services will be held.