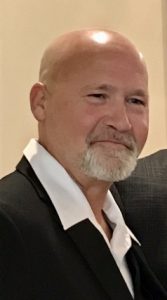 Steve was born to Isadore A. Snider (deceased February 27, 2016) and Dolores M. (Schoepper) Snider, where he grew up in Caldwell, Ohio. Steve was the youngest of six children born into the Snider family.

and the youngest Daughter – Taylor Snider.

As per Steve’s wishes; he will be cremated and to “Keep it simple.” He will be eventually taken home to Ohio and laid to rest there.

He and we (his family) thank you for your friendships, your love and your prayers.