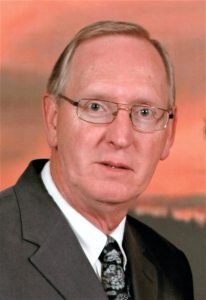 Kenneth L. Harmon age 79, of Caldwell, Ohio passed away Sunday morning, November 7, 2021 at the Marietta Memorial Hospital in Marietta, Ohio. He was born August 23, 1942 in Caldwell, Ohio, a son of the late Donald R. Sr. and Martha M. Coyle Harmon.

He was a graduate of the Belle Valley High School and Ohio University. He served and protected his nation in the U.S. Navy. He was an educator at the Caldwell Exempted Village Schools for 28 years. He was also employed at Seneca Lake during the summertime for 28 years. Following his retirement, he operated a Honey Do Repair Company for several years. He was an avid gardener and spent a lot of his free time woodworking. He was a member of the Green Valley Church of Christ.

In addition to his parents, he is preceded in death by brother Donald Rex Harmon Jr. and sister Shelba Jean Harmon.

The family will receive friends for a Graveside Service held Wednesday, November 10, 2021 at 1:00 p.m. at the Batesville Cemetery in Batesville, Ohio with Jason Pierce and Kenny Pierce officiating. Burial will follow with military graveside services conducted by the Noble County Veteran Service Organizations. Chandler Funeral Home, 609 West Street, Caldwell, OH 43724 has been entrusted to care for the family. Please join us in remembering Kenneth by visiting his memorial at www.ChandlerFuneralHome.net.