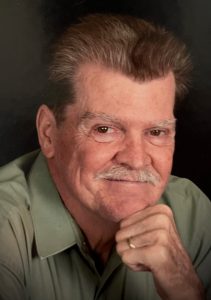 Randy Blaine Palmer, age 75, of Caldwell, Ohio, passed away peacefully at his home Saturday, October 1, 2022. He was born June 2, 1947, in Zanesville, to John and Mona Moore Palmer. Randy often recalled fond memories of working on and racing cars and motorcycles with his brothers. He was always adventurous and will be remembered for his notorious “Palmer Brother” stories. Randy worked various jobs throughout his life, but is most recognized for his time working at the Palmer Brothers Harley Davidson Shop on State Route 340 with his brother. As an active member of the Caldwell Church of the Nazarene, Randy volunteered frequently and was recognized as an avid follower of Christ.

On December 18, 1993, Randy married Jan Davis at the Cambridge Church of the Nazarene. They enjoyed almost 29 years together and were blessed with four children who remember the creative ways their father cared for and supported them. He will be remembered for his great compassion, selflessness, and readiness to help anyone without hesitation.

In addition to his parents, he is preceded in death by his sister, Vera Harmer; his brother, Don Palmer; and sister-in-law, Margie Palmer.

A Celebration of Life Service will be held Saturday, October 8, 2022, at 2 p.m. at the Caldwell Church of the Nazarene, 6 Cumberland Street, Caldwell, with Pastor John Powell officiating. Anyone wishing to celebrate Randy’s life is welcome to attend. The family asks in lieu of flowers, donations be designated to Caldwell Church of the Nazarene or to the Comprehensive Transplant Center at The Ohio State University Hospital at www.giveto.osu.edu  McVay-Perkins Funeral Home, 416 East Street, Caldwell, is caring for the family. An online guestbook may be signed at www.mcvay-perkins.com