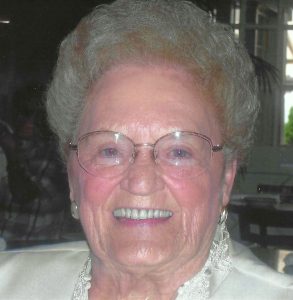 Helen Irene Cartell McCauley, age 96, of Belle Valley, Ohio, died Tuesday, January 3, 2023, at her home. She was born November 5, 1926, in Sharon Twp., Noble County, daughter of the late Okey and Hettie Wiley Caldwell. She was a 1944 graduate of Forest Grove High School. Helen was employed at the office of Hercules Engine in Canton and at Champion Spark Plug in Cambridge. She was an instructor and bus driver at the Golden Rule School and GNC Workshop in Byesville for 17 years. She was a member of the First United Lutheran Church in Zanesville, the American Legion Auxiliary in Belle Valley, and the VFW Auxiliary in Buffalo. Helen enjoyed bowling, reading, making arts and crafts, and couponing. She was a master canner and tremendous cook who produced incredible meals.

In addition to her parents, she is preceded in death by her first husband, Sam Cartell, who died in 1956: her second husband, Sterling D. McCauley, who died in 2015; and three brothers, Robert Caldwell, Charles Caldwell, and Dale Caldwell.

Friends may call Thursday, January 5, 2023, from 5-8 p.m. and Friday, January 6 from !2-1 p.m. at McVay-Perkins Funeral Home, 416 East Street, Caldwell, where the funeral service will follow visitation Friday at 1 p.m. with Ken Perkins officiating. Burial will follow at Sharon Cemetery. Memorial contributions may be made to Hospice of Guernsey at www.hospiceofguernsey.com, The family would like to give special thanks to the wonderful caregivers at hospice. An online guestbook may be signed at www.mcvay-perkins.com