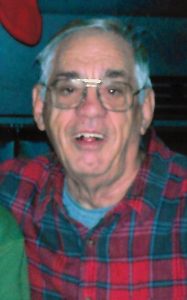 Harold G. Haga, age 88, of Caldwell, Ohio, died Tuesday, May 19, 2020, at his home. He was born April 29, 1932, in Dexter City, son of the late Orville Glenn and Ethel Lucille Murray Haga. He was a 1951 graduate of Dexter City High School. Harold was employed by the Village of Caldwell for 36 years as an operator at the sewage plant. Following his retirement, he worked in maintenance at Food Center in Caldwell for 7 years. He served as director for the Noble County Agricultural Society and took care of electrical maintenance at the Noble County Fairgrounds. Harold attended the former Barry’s Ridge Church and he was a member of the Fraternal Order of Eagles, Caldwell Chapter #2952. He enjoyed caring for his yard and home.

In addition to his parents, he is preceded in death by an infant daughter, Jean Ann Haga; one grandson, William R. Leasure; one sister, Eileen Haga Gee; one brother, Howard R. Haga; and his son-in-law, Butch Griffin.

A private graveside service will be observed by the family at Sharon Cemetery with Rev. Beverly Hall officiating. Memorial contributions may be made to the Noble County Agricultural Society, c/o Sharon Baker, 46130 Groves Hill Road, Caldwell, Ohio, 43724, or to Noble County 4-H, 46049 Marietta Road, Caldwell, Ohio, 43724. McVay-Perkins Funeral Home, 416 East Street, Caldwell, is caring for the family. Friends are encouraged to share memories, pictures, and messages of support at www.mcvay-perkins.com or on Facebook.