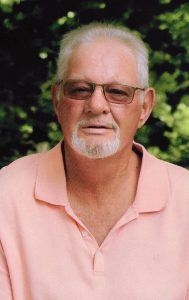 Raymond F. Rex, age 68, of Caldwell, Ohio, died Wednesday, November 25, 2020, at his home. He was born January 19, 1952, in Zanesville, son of the late Dale and Adelene  Thorla Rex. Ray was a 1970 graduate of Caldwell High School. He retired from the Mahle Corporation in Caldwell following more than 38 years of service. He was a member of the Noble County Recreation Board for many years, and he coached Little League basketball, softball, and junior high girls basketball for Caldwell Exempted Village Schools. He loved sports and was a fan of the Ohio State Buckeyes, the Cleveland Indians, and the Cleveland Browns. He also enjoyed cooking. Ray especially loved following his children and grandchildren in their activities and sporting events, and he was devoted to his family, whom he loved dearly.

In addition to his parents, he is preceded in death by one brother, Melvin Gerald “Jerry” Rex.

Friends may call Sunday, November 29, 2020, from 4-8PM at McVay-Perkins Funeral Home, 416 East Street, Caldwell, where the funeral service will be observed Monday, November 30th at 11AM. Burial will follow at Olive Cemetery. Guests are required to wear face coverings and practice social distancing at all gatherings as required by the state of Ohio. An online guestbook may be signed at www.mcvay-perkins.com