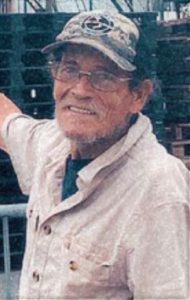 Richard R. Dionne, Jr., age 66, of Caldwell, Ohio, died Thursday, December 9, 2021, at his home. He was born September 23, 1955, in Providence, Rhode Island, son of Carol Della Russo of Providence, Rhode Island, and the late Richard R. Dionne, Sr. Richard was a United States Navy veteran, having served during the Vietnam War aboard the USS Grand Canyon. He owned and operated Dionne’s Auto Body Shop in Cambridge.  He was an active member of the VFW Post #4721 in Caldwell, where he served in the Honor Guard. He helped restore a vintage Jeep that is used for parades and events, and he was instrumental in creating the veterans’ memorial at Olive Cemetery. Richard loved working on cars, fishing, and eating seafood. He also loved animals, especially his dachshunds.

In addition to his father, he is preceded in death by his beloved dachshund, Coco.

Surviving in addition to his mother are two sisters, Michele of Rhode Island and Carolann of Ohio; his Ohio family, Staci Pakes of Caldwell, and Kaitlynn McElfresh and Naudia Iwanyckyj, both of Caldwell, whom he considered granddaughters, and many others; his beloved dachshund, Abby; and many friends.

Friends may call Thursday, December 16, 2021, from 11 a.m. -1 p.m. at McVay-Perkins Funeral Home, 416 East Street, Caldwell, where the funeral service will follow visitation at 1 p.m. with Pastor George Clark officiating. A veteran’s graveside service will follow at Olive Cemetery conducted by the Noble County Veteran Service Organizations. Guests are asked to take recommended safety precautions against Covid at all gatherings. An online guestbook may be signed at www.mcvay-perkins.com.