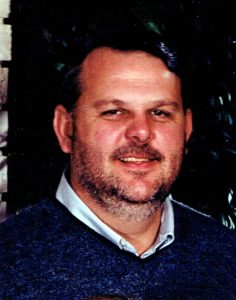 Bill was born to Dean and Betty Sue (Crum) Wells of Lebanon, Ohio on June 19, 1961. He was the first of three children. Bill graduated from Skyvue High School in 1979 and went on to attend Otterbein University.

Following college, Bill began working at Davis and Sons, Inc. Bill spent his entire career there, eventually becoming President and CEO of the company. Bill married his wife, Jackie, in 1999. Through his marriage, Bill gained a son, Patrick (Amy) Baker.

Bill was passionate about giving back to others. He sought to leave the world a better place and generously supported numerous organizations through his work as the Chairman and President of the Davis Foundation.

Though Bill worked closely with many organizations, no partnership was closer to his heart than his work with The Ohio State University. Bill generously supported the university’s advancements in medical research, athletics, and academics. Beyond his financial contributions, Bill also gave of his time. He often traveled with the Ohio State Men’s Baseball Team and organized fundraising events through the Buckeye Diamond Club. The Bill Wells Baseball Team Suite was dedicated in March 2021, honoring Bill’s long-standing support to scholar athletes.

Bill also served many years as a board member at the Franklin Park Conservatory and was recognized for his contributions with the dedication of the Wells Barn in 2015. He was a member of The Stafford Masonic Lodge, The Scottish Rite of Freemasonry, The Shriners, and The Bucket Bored.

Bill also enjoyed spending time with his two grandsons (Rowan and Gavin) who lovingly referred to him as “Coco Bill”. In his spare time, you could find Bill at The Rusty Bucket, enjoying a glass of Chivas, or sharing his season tickets with those he loved the most.  Bill’s benevolence, wit, and generous spirit will be missed by all.

Bill is preceded in death by his great-aunt, Dorothy M. Davis. Bill is survived by his parents, wife, son, grandsons, one brother, Phil (Terry) Wells of Lewisville, Ohio, one sister, Jill (Dean) Douglass of Fleming, Ohio, and numerous nephews, nieces, and friends.

Interment to follow at the Masterton Cemetery, Lebanon, Ohio.

Additionally, a celebration of his life will be hosted in Columbus, Ohio, with details to follow.

In lieu of flowers, memorial contributions may be sent to The Buckeye Diamond Club at Ohio State.